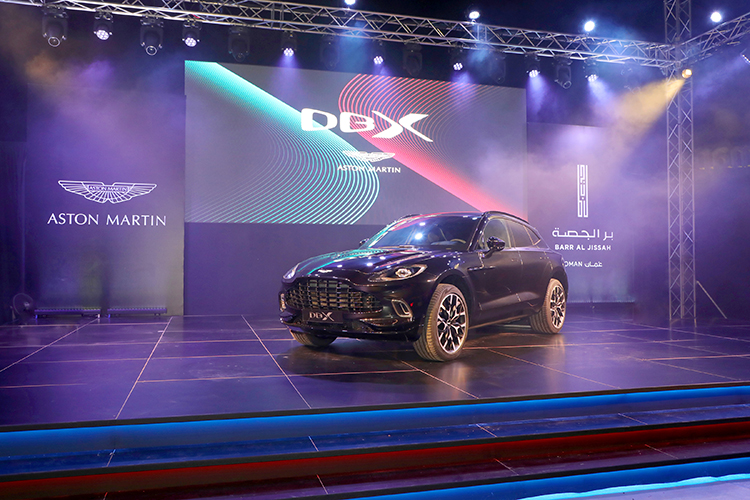 The Middle Eastern unveil stands to underline the importance of DBX in the region, and is one of just three launch locations around the world – the others being Beijing and Los Angeles. Speaking of the launch, Balmer said, “The demand for luxury SUVs in our region is undoubtedly high, and we have had a fantastic reaction to DBX so far from our confidential previews in UAE and Saudi Arabia. I am proud to say it is the most beautiful SUV on the market, matched with class-leading space and dynamic ability, thanks to an all new bespoke aluminium platform.”

DBX signals a new era in Aston Martin’s pursuit to deliver high performance, style, usability and versatility in a segment previously unexplored by the manufacturer.

Powered by a new version of the 4-litre, twin-turbocharged V8 engine, DBX features an output of 550PS and 700NM of torque, tuned to meet the specific needs of this model. With a sound character that is unquestionably Aston Martin, the active exhaust system ensures this is a luxury SUV that can sound both refined and exhilarating. The engine’s versatility isn’t restricted to its vocals either; the turbocharged V8 has cylinder deactivation to enhance fuel economy, yet it can also propel DBX from 0 to 62mph in 4.5 seconds and on to a top speed of 181mph.