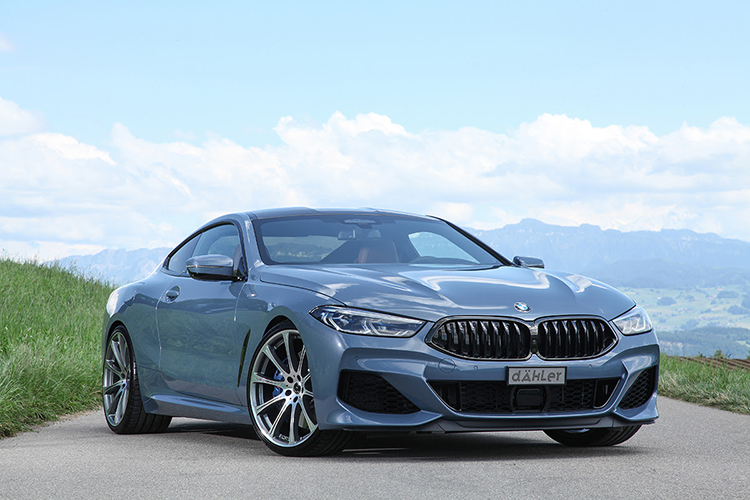 Dähler Competition Line AG countered the ever increasing sizes and weights of modern sports cars with a handful of power and styling upgrades for the new BMW 8-series coupe.

On the 850i power is up by 106 horsepower to a healthy 636 ponies while the torque is now up to 850Nm. The top speed limiter has been removed, allowing the modified 8-series to cross the 300 km/h barrier. Stage II is under preparation with a number of targeted power upgrades.