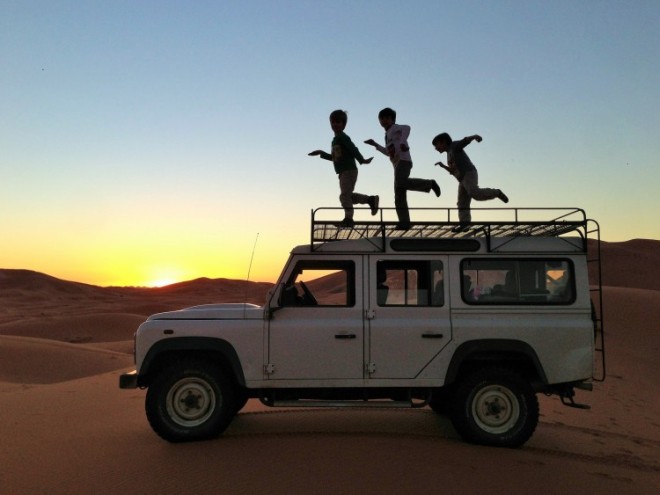 For 68 years, Series Land Rovers and Defenders have taken people to the far reaches of the globe. Whether for expeditions, exploration, conservation or just vacations, more than two-million vehicles have each clocked-up thousands of miles, creating unique memories along the way.

Until now, these accounts have been consigned to family photo albums, or simply passed down through generations. Now that production of the current Defender has ended, and as Land Rover continues to develop the New Defender, it is embarking on an ambitious project: to digitally archive the most memorable journeys ever undertaken in a Series Land Rover or Defender.

Defender Journeys, which launched in January to coincide with the end of current Defender production, has already had almost 400 journeys uploaded to the site, from family ski trips through the French Alps, to intense expeditions through Africa covering thousands of miles.

Alec and Jan Forman from the UK have uploaded details of their 1977 journey in a Land Rover Series II from their home in Brentwood, Essex to Batkhela in Pakistan, covering 26 countries, navigated with only a map and compass.

John Lucas travelled more than 1,000 miles through the great waterfalls in Zambia in a Series III when he was studying, after reading an intriguing email from a fellow student simply entitled ‘In Our Father’s Footsteps.’ After meeting, the duo travelled to the Zambezi River Lodge, where the Series III was built from the ground up with guidance from the other student’s father, after which they travelled to the Bangweulu Wetlands and Lake Tanganyika. In 2008, John undertook an even more special journey when he proposed to his girlfriend under the stars in the heart of the Kalahari in Namibia.

South African explorer Kingsley Holgate – who for decades has used his Land Rover as part of his humanitarian efforts in Africa – has also recorded his journeys, including an 18-month expedition from Durban, South Africa, to Tropic of Capricorn, Botswana.

These memories and many more are recorded on the online Defender Journeys platform. Users can either browse other people’s journeys or become a part of Land Rover’s official history by uploading their own.

Speaking about the Defender stories compilation, Jaguar Land Rover Managing Director for the MENA region Bruce Robertson said: “Since the launch of the Series I in 1948, the Land Rover Defender and the Middle East region have walked hand in hand with the Defender providing an essential mode of transport when few roads existed. As the only vehicle that could handle the harsh environment, for many people the Defender was the first car they ever saw.

As these heartening stories from around the world demonstrate, the Land Rover Defender has been a loyal companion to people as they endeavour to go above and beyond their limitations. It has been a constant companion for this region for nearly 70 years and one which truly ‘belongs’ in the Middle East. We are looking forward to seeing more stories from this region.”