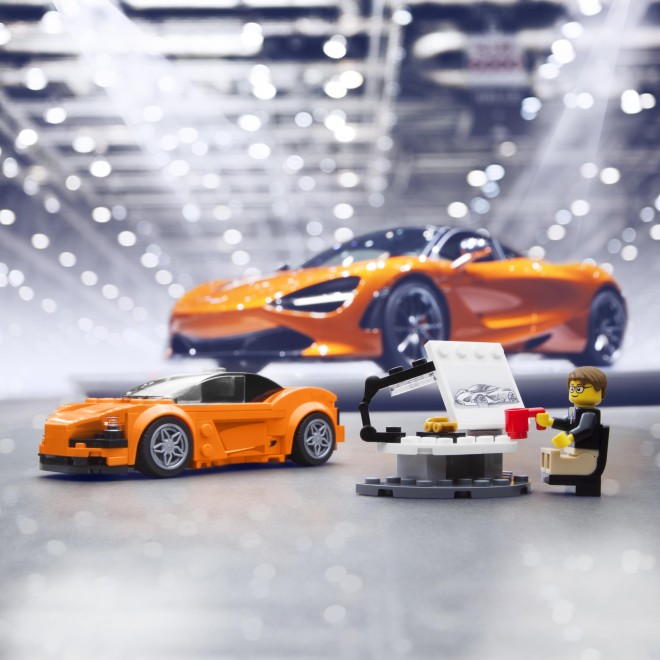 The new McLaren 720S is joining the mighty P1 in the LEGO Speed Champions range of model cars. The Azores Orange LEGO Speed Champions McLaren 720S, accompanied by a car designer minifigure and design studio desk, complete with coffee cup, original design sketch. and 3D-printed model car, will be available to buy from 1 June. Builders aged 7+ and supercar enthusiasts alike can show off their design skills and build this awesome model, then put on a racing helmet and switch from supercar designer to racing driver.

The imagination and complexity required to create a representation of the aerodynamically shrink-wrapped, sculpted body shape of the 720S, meant that it took a LEGO designer a year to perfect and freeze the design of the new model.

“The LEGO interpretation of the McLaren 720S reflects the most exciting part of the design process, when a two-dimensional sketch is transformed into a physical, three-dimensional model,” commented McLaren Automotive Chief Designer, Rob Melville. “Building a model like this gives the next generation of McLaren enthusiasts a taste of just how exhilarating that moment is for designers.”

The real McLaren 720S was unveiled on 7 March at the Geneva International Motor Show, introducing the second-generation McLaren Super Series and raising established limits in the supercar sector. Powered by a new, twin-turbocharged 4.0L V8 engine developing 720 horsepower, the new McLaren supercar accelerates from standstill to 200km/h in just 7.8 seconds and has a maximum speed of 341km/h.