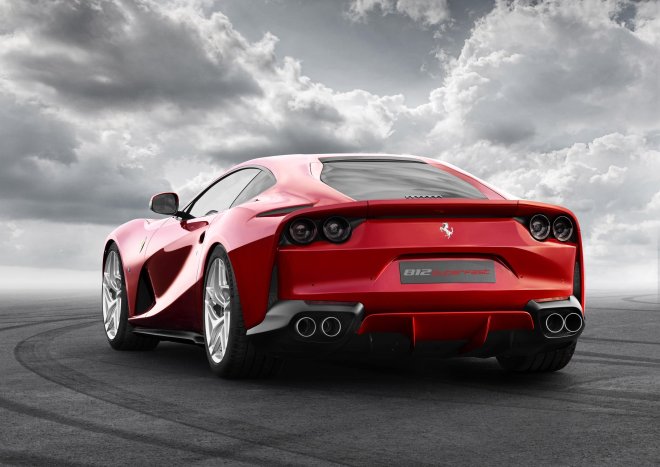 The 2017 Geneva International Motor Show will see the global debut of the acclaimed new Vanquish S – the most powerful and dynamic iteration of Aston Martin’s Super GT.

The British luxury brand will be announcing the European show debut of the AM-RB 001 hypercar.

Aston Martin will be showcasing the marque’s enhanced Q by Aston Martin bespoke service with the unveiling of ‘Q by Aston Martin – Collection’ at Geneva. The car maker will announce a new era of tailor-made sports cars with the expansion of its personalisation service. Q by Aston Martin has evolved into a multi-tiered offering, giving customers almost limitless opportunities to create their own unique Aston Martin through enhanced levels of design and customer interaction.

The range and breadth of the new Q by Aston Martin – Collection is demonstrated by the exclusive DB11 showcased at the upcoming 2017 Geneva Motor Show. DB11 Q by Aston Martin is finished with exclusive Zaffre Blue paint, paired with gloss, satin twill and forged carbon fibre details including – front splitter, side sills, rear diffuser side strakes, bonnet strakes and door mirrors. Inside, the upper and lower cabin environments are cloaked in swathes of Obsidian Black Semi-Aniline leather, with the Q by Aston Martin Logo embossed on the headrest. While carbon fibre wheel centres and engine cover add subtle touches. The colour matched four-piece luggage set is also available through Collection.

The second stage of Aston Martin’s enhanced offering is ‘Q by Aston Martin – Commission’, a step into the world of the truly bespoke, individual sports car. Commission is exactly that, a process that starts with a conversation and ends with a car, a journey that involves a personal collaboration with Aston Martin’s design team. ‘It’s a commissioning process,’ says Dr Matthew Bennett, General Manager for the Q by Aston Martin service ‘the customer is working much more closely with us here at Gaydon.

Ferrari will have the world premiere of the new 12-cylinder berlinetta, the 812 Superfast, the most powerful and fastest Ferrari in the marque’s history. Powered by a new 6.5L V12 engine that makes 800hp and 718Nm of torque, the 812 Superfast adopts a 350 bar direct injection system for the very first time on a high-performance engine and pairs it with variable geometry intake tracts conceptually derived from those of naturally-aspirated F1 engines.

It’s the first Ferrari to sport Electric Power Steering, which is used to fully exploit the potential of the car’s performance and, through the complete integration with all the electronic vehicle dynamics controls – including the latest 5.0 version of Ferrari’s patented Side Slip Control – make its powerful performance easier to handle and even more thrilling to exploit. The vehicle controls also feature, for the first time, the Virtual Short Wheelbase 2.0 system which, following the experience gained with the F12tdf, features a further evolution of the software that improves the nimbleness of the handling and reduces the vehicle response times even further. The car is being launched in a special new colour, Rosso Settanta, which marks the company’s 70th anniversary.

The second-generation McLaren Super Series, which will be unveiled at the 87th Geneva International Motor Show, is set to redefine expectations of supercar capability with phenomenal stopping performance to equal its extreme acceleration. Reaching 200km/h in 7.8 seconds, McLaren’s new supercar can then brake to a standstill in just 4.6 seconds and 117 metres – six metres less than the 650S and almost on par with the P1.

China-based automotive R&D company, Techrules will reveal dramatic design details of its production supercar at the 87th Geneva International Motor Show. This latest rendering reveals how the company will combine its innovative proprietary Turbine-Recharging Electric Vehicle powertrain with a dramatic, aerospace-inspired design crafted by world-renowned automotive designers, Fabrizio and Giorgetto Giugiaro. Form follows function with modular design and technical elements that provide various configurations around the centrally-positioned driver. A theatrical arrival at any destination is assured, with occupant entry and exit enabled by the fighter jet-style canopy dramatically rising from the body. The aircraft-inspired cockpit is designed to provide occupants with exceptional visibility and are finished with premium quality materials.

Volkswagen is enhancing its model line-up with an avant-garde gran turismo, the new Arteon. The fastback model, positioned above the Passat, will be presented to the public for the first time at the Geneva International Motor Show. Combining avant-garde design with a high level of versatility was the key objective for designers and developers of the Arteon. Key design elements of the Arteon include its new front end, in which the LED headlights and daytime running lights merge with the chrome-plated crossbars of the radiator grille and the bonnet. The car’s striking shoulder section is another defining feature of its design. Other equipment features making their debut in the Arteon include the latest generation of driver assistance systems.