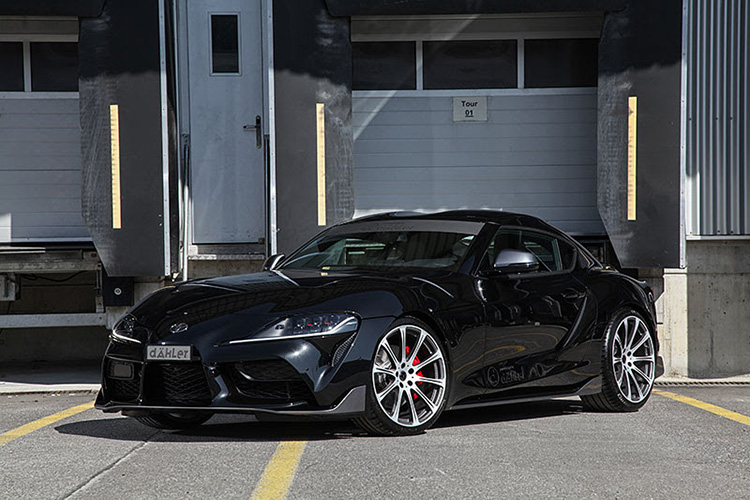 The long wait has finally come to an end for die-hard TOYOTA Supra fans: the GR Supra 3.0i Turbo Premium 8 sports car is now available as a «dÄHLer competition line» tuned edition! The first GR Supra Coupé, which was comprehensively optimized in performance by Dähler Competition Line AG, is ready to go be unleashed in Belp near Bern.

Due to the close cooperation between BMW and TOYOTA in the development of the new Supra and the Z4 (G29), all GR Supra drivers can now benefit from the decades of experience of DÄHLer in the customization of BMW vehicles.

Initial tests have shown that driving the new Supra is a true pleasure! A very special kind of fascination and the continuation of a long tradition of Toyota sport cars. The GR Supra 3.0i Turbo Premium 8 automatic “DÄHLer competition line” is not only an eye-catcher, but a comprehensively optimized handling machine.

Dähler has subjected the original engine to an additional performance treatment and managed a new level of both performance and driving fun.

Performance specifications and equipment of the TOYOTA GR Supra 3.0i dÄHLer competition line:

• Increase in power Stage 2 to 460 hp and 660 Nm, including the removal of top speed limiter